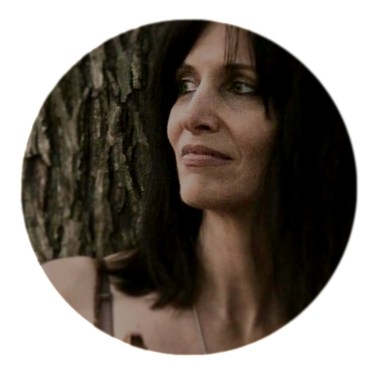 Carol's been immersed in music since infancy - her parents' Celtic and Italian heritage and their recordings spanning early Simon & Garfunkel, The Kingston Trio, Petula Clark, Bobbie Gentry, and too many classical and jazz artists to name. She spent her teen years listening to all sorts of classical music, The Beatles, '70s folk and pop, Motown, and progressive rock.

A multi instrumentalist, she's played on releases by Sinead O’Connor, Kandi Burruss, and Mariah Carey, on stage near Memphis legend Teenie Hodges on Cat Power's 2006 tour, in backup orchestras for Joni Mitchell, The Moody Blues, and Brian Wilson, and in the Atlanta Opera Orchestra. As a singer, she performed with the Atlanta Symphony Chorus for nearly two decades, including a small-ensemble UK tour presenting Golijov’s opera “Ainadamar.” She's also played/sung as a side musician with Out of the Rain, whose first release charted on the international Roots Music Report. Working for NARAS (of the GRAMMY Awards and MusiCares) both professionally and on a national nominating committee gave her an illuminating perspective on the music "industry." All of these experiences find their way into her music.
​
Recently, Carol's branched out into songwriting and been recognized by Nashville Songwriters Association International (NSAI). She's also a member of the The Recording Academy (voting).

​Listen to writing and performance samples

As a music therapist, Carol served in medical, educational, and university settings.

She’s a post-graduate certificant of the Contemplative Musicianship Program under the direction of Therese Schroeder-Sheker through the Chalice of Repose Project.

Designing websites for Statella Design and coordinating social media is a pleasure.